Tim Ballard serves as co-chair of the Public-Private Partnership Advisory Council to End Human Trafficking under the administration of President Donald Trump. Tim’s mission in life is to end human trafficking and help victims to receive the care they need to heal. Human trafficking, or modern-day slavery, is the fastest-growing criminal enterprise in the world and has become a 153- billion-dollar industry. As Tim explains, “It’s now rivaling the drug trade because you can sell a pound of cocaine one time. You can sell a child 10, 20, 30 times within a 24-hour cycle and that’s not an exaggeration.”

As a young boy, Tim would dress up in his FBI jacket for Halloween. According to his dad, having Tim in the house was like having your own personal security guard who would check the windows and doors each night. His caring nature led him to serve a two-year service mission for his church in Chile, South America. Exploiting his Spanish language skills, he later earned a bachelor’s degree in Spanish and Political Science from Brigham Young University. Tim continued his education, completing a master’s degree in International Politics at the Middlebury Institute of International Studies at Monterey from which he graduated summa cum laude. Tim then joined the Department of Homeland Security as a special agent. He was part of the Internet Crimes Against Children Task Force and Child Sex Tourism Jump Teams where he helped put away many child traffickers and liberate numerous victims. During his time on the border, Tim also taught classes in American and International Politics at Imperial Valley College, San Diego State University, and the American Heritage School. 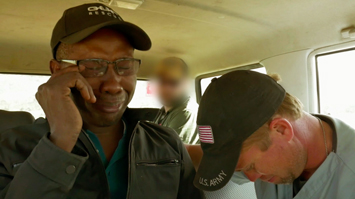 In 2013, a special case was brought to Tim’s attention. A Haitian family whose son, Gardy, had been born in the U.S. had suffered a devastating tragedy. The then two-year-old boy had been inexplicably kidnapped and trafficked from a church where his father was the pastor. Tim tried to make it a U.S. case but couldn’t as the kidnapping had occurred outside the U.S.’s jurisdiction. “This was an American boy who had been taken. I had to do something,” Tim recounts. The restrictions Tim faced led him to walk away from his government position and pension to found Operation Underground Railroad (O.U.R.). Since then, O.U.R. has been involved in over 880 missions that have resulted in the rescue of over 3,200 children and the incarceration of over 1,800 traffickers. A decade later, Tim and the team are still searching for Gardy with hopes of bringing him home soon.

After being one of the first major donors to O.U.R., Tim’s good friend Glenn Beck asked him to be the CEO of The Nazarene Fund (TNF). TNF is focused on helping Christians and members of other religious minorities in the Middle East leave the region and escape the threat posed by ISIS. Many of these people have been persecuted or trafficked for sex, forced labor, and even organ harvesting. This past year, TNF has assisted in the evacuation of over 25,000 people, leading them to safety, providing humanitarian aid and medical assistance, and much more. As Tim explains, “The need is so great for these amazing and faithful people. Seeing their horrific conditions is heartbreaking. I wish everyone could understand the destruction ISIS has caused in their villages and homes, executions, sex slavery, slave labor, and organ harvesting, all for their belief in Christ.”

As an authority on human trafficking, Tim has been featured on many national television and radio shows including the Glenn Beck Program (Blaze), Sean Hannity (Fox News), CBS Nightly News, Fox News Sunday with Chris Wallace, The Dennis Prager Show, Laura Ingram (Fox News), ABC Nightline, The Meredith Vieira Show, and a feature on ESPN alongside the Pittsburg Steelers Head Coach and Mike Tomlin, among others.

Tim has also been the primary subject of two full-length documentaries. The first, from Academy Award-winning producer Gerald Molen, is entitled The Abolitionists and tells the story of Tim and O.U.R.’s first operations. The story takes place in Columbia and continues in Haiti, documenting the cases of child sex slavery that Tim and his team were unable to contribute to in their roles as government operatives. The second documentary, Operation Toussaint, was nominated for an Emmy and was produced by Nick Nanton. The documentary follows Tim as he leads a team in a large-scale coordinated sting operation to take down over eight of the most prolific human traffickers in Haiti. Tim’s story also serves as the plot of the feature film, Sound of Freedom, scheduled for release in 2021. In this film, Tim is played by the legendary actor Jim Caviezel and Tim’s wife, Katherine, is played by Academy Award-winner Mira Sorvino. The movie depicts Tim’s organization of one of the biggest raids in law enforcement history in his effort to reunite a family whose children had been trafficked to different parts of the world and the various operations required to bring them home.

To guide him in his efforts to save children, Tim has relied on the principles of those heroes that have come before him. Tim has looked to the lives of Frederick Douglass,  Abraham Lincoln, Harriet Tubman, Harriet Jacobs and many others for strength. Uncovering the principles that guided them has enabled Tim to become a best-selling author of six books. These books include Slave Stealers: True Accounts of Slave Rescues – Then and Now, The Covenant: One Nation Under God, and the follow-up book The Covenant, Lincoln, and The War. A further book, The Pilgrim Hypothesis, is due for release this spring and will conclude the Hypothesis series, which includes The Lincoln Hypothesis and The Washington Hypothesis. 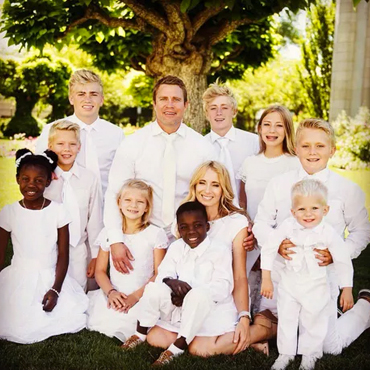 Tim resides in Utah with his wife, Katherine, and nine children, including two children adopted from Haiti after his first mission to rescue Gardy. As a result of that mission, 28 children were liberated. Unfortunately, Gardy had already been trafficked. “I feel Gardy leading us forward as we search for him. Each lead we have ends up saving more children.” Tim now works with heads of state and diplomats and travels worldwide to provide training and establish practices that will facilitate the capture and imprisonment of those within the human trafficking industry. Tim now serves as the CEO of O.U.R. and the Nazarene Fund, two critical organizations in the fight to end modern-day slavery across the world. With his large reach, Tim uses his voice to spread his message by also sitting on a White House Council to end human trafficking, through his keynote speeches, and by assisting this important work in any way he can.

Please fill out the form to receive alerts regarding events and important messages.

Tims products are coming soon, we would love to get to know you.

Please fill out the form to receive alerts regarding events and important messages for The Nazarene Fund.

We use cookies to ensure that we give you the best experience on our website. If you continue to use this site we will assume that you are happy with it.OkNo